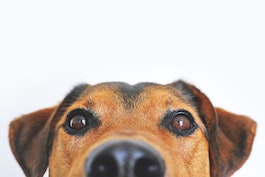 Posted at 10:28h in Uncategorized by Charlemagne 8 Comments
0 Likes

Something isn’t adding up right. Americans seek to adopt an estimated 8 million dogs each year, yet roughly 3 million dogs who enter U.S. shelters, most of them adoptable, are euthanized. Why is it that, with more than enough people seeking to open their homes to a new pet, that so many dogs are euthanized in our nation’s shelters?

The issue is that shelters have competition within the dog-selling marketplace: While more and more people are choosing to rescue their pets as the years go on, about 25 percent of dogs in American households have been purchased from breeders and puppy mills that continue to produce dogs for profit. If you’re currently deciding where you’re going to look for your next furry friend, we’re here to tell you that adopting from a shelter is the way to go every time.

Dogs bred at puppy mills are subject to mistreatment and abuse.

The Humane Society of the United States defines a puppy mill as “an inhumane high-volume dog breeding facility that churns out puppies for profit, ignoring the needs of the pups and their mothers,” adding that “dogs from puppy mills are often sick and unsocialized.” A female dog kept as a mother many never see sunlight. Dogs too old to produce offspring are often killed or abandoned. Living in filth without medical attention, these dogs are left sick and suffering.

Of course, no animal lover would directly support a seller whom they saw blatantly mistreating its animals, yet an estimated 10,000 puppy mills across the country sell about two million puppies per year. This is because much of the abuse happens behind the scenes. Internet sellers, flea market vendors, and many pet stores mediate the transaction, putting up a palatable front while sourcing their dogs from mills. Before purchasing a dog on a whim, do your research.

Even ethical breeders contribute to the problem.

This is not to say that every dog bred for profit comes from an abusive home. While a license can’t guarantee ethical practices, certain qualifications can help clue you in to a breeder’s quality. That said, adopting from a breeder is, at best, a wasted opportunity.

Each dog adopted from a shelter creates a positive chain reaction. When you choose to rescue a dog, you decrease the likelihood that a shelter will need to euthanize a dog that they simply don’t have room for, and you’ll contribute financially (most often through an adoption fee) to keep the shelter up and running.

Purchasing a dog from a breeder has the opposite effect. It slows the rate at which shelters can place dogs in homes and, therefore, the rate at which they can take new dogs in and care for them. Breeders and puppy mills will be around as long as they are profitable. The power is in the buyers’ hands.

No-kill shelters are great, but they can’t do this alone.

Most publicly-funded shelters euthanize dogs on a regular basis, but many private shelters nationwide abide by a no-kill policy, only euthanizing in the case of severe illness or extreme behavioral issues. When run well, these shelters can be a literal lifesaver for dogs who need a little more time to find a home. In addition, these shelters help take pressure off of state-run facilities by housing and caring for dogs a government facility wouldn’t have the time and resources for.

Unfortunately, however, we’re not ready to go totally no-kill across the country. Private shelters have the option to turn down dogs that they don’t have room for or that they deem unadoptable, leaving public facilities to take care of the rest. Until the quantity of dogs in shelters decreases, we don’t have a solution to replace euthanasia. It’s only by adopting shelter dogs that we can hope for an alternative in the future.

Your choice to adopt really makes a difference.

Making the choice to rescue even one dog creates a ripple effect. When you choose adoption, you’re supporting shelter dogs everywhere. This may sound dramatic, but statistics reflect the massive changes people have effected just within the last few years by choosing to adopt. In 2012, 35 percent of dogs were adopted from shelters. As of last year, that number had increased to 44 percent.

It’s great to know that we’re moving in the right direction. Still, we’re still a long way from finding each and every dog a loving home. Next time you’re looking to add a dog to your family, make sure to “Adopt, don’t shop.” Check our website to see our available dogs. It’s an especially rewarding way to contribute to an extremely worthy cause. If your home is already filled with more four-legged friends than you can handle or if you’d just like to contribute your support, consider volunteering or donating. Your contribution makes a measurable difference for the pets who make our lives so much richer — and that’s a good thing for everyone involved.